Meet the extraordinary musicians who will perform in the Autumn concert in the Four Seasons in Music series:

In demand as an educator, Yousif has conducted residencies and master classes at top universitiesincluding Juilliard, Manhattan School of Music, University of Michigan, University of Kentucky, the Queensland Conservatorium and National University in Australia.  In 2018 Yousif established his online frame drum school www.framedrumschool.org. 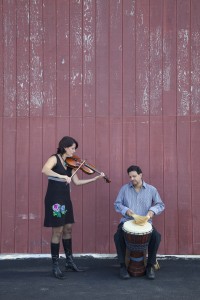 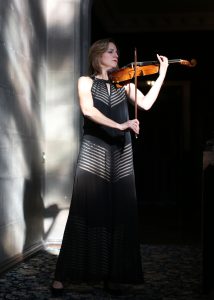 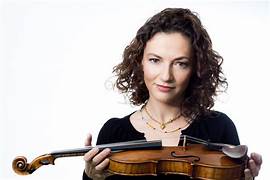 Violinist Nurit Pacht was a top prize winner in international competitions including the Irving Klein International Music Competition in California and the Tibor Varga International Violin Competition in Switzerland. As a soloist she was featured in major world events such as the European conference for the inauguration of the Euro in Brussels and under the auspices of the European Commission and United Nations, she toured the former Yugoslavia during the cease-fire in 1996. She has collaborated with stage director Robert Wilson, choreographers such as Bill T. Jones and has worked closely with many of today’s celebrated composers. She has toured as soloist with orchestras around the world including the Houston Symphony, the Pacific Symphony, the Rhode Island Philharmonic and the Israel Chamber Orchestra. The Israeli Composer Noam Sheriff dedicated the violin concerto “Dibrot” to her and she performed it in Israel’s main concert venues. As a baroque violinist, she has a master’s degree from Juilliard’s Historical Performance program and is frequently a guest leader for ensembles such as Chicago’s Music of the Baroque and NY Baroque Inc. In 2015, she performed for Pope Francis on his visit to New York and gave a State Department funded recital tour of Ukraine.  In 2017 she recorded for Toccata Classics as soloist with the English Symphony Orchestra and she has also recorded for Nimbus Records.  www.nuritpacht.com 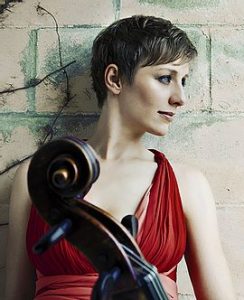 Cellist Alexis Pia Gerlach has been lauded by the press for the “gripping emotion” and “powerful artistry” of her interpretations. She has appeared extensively across the United States, Europe, Asia, the Middle East, and South America, as a soloist with orchestras led by such conductors as Mstislav Rostropovich, James DePreist, and Peter Oundjian, and as the founding cellist of both Trio Solisti and the string sextet Concertante. She has performed at major music festivals including Marlboro, Aspen, Casals, La Musica di Asolo, and Caramoor, and she has appeared as guest artist with the Chamber Music Society of Lincoln Center. A frequent collaborator with dancers, she has performed with the Paul Taylor Dance Company and New York City Ballet’s principal dancer, Damian Woetzel. Gerlach has commissioned and premiered new chamber works from preeminent composers including Kevin Puts, Lowell Liebermann, Shulamit Ran, Richard Danielpour, Tigran Mansurian, and Paul Moravec.  Her numerous chamber music recordings include the Franck and Rachmaninoff Sonatas in a collaboration with pianist Fabio Bidini for the Encore Performance label.