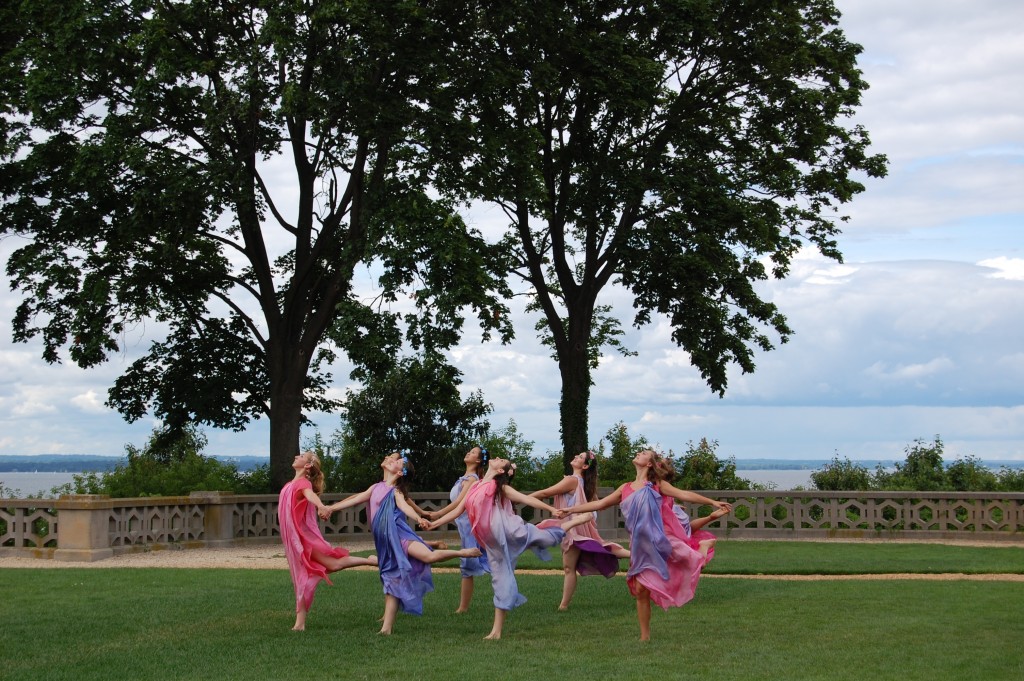 The Dance Visions NY performance is canceled. Please check back for news about a new video of the company that will premiere on our YouTube channel!

Dance Visions NY, under the direction of Beth Jucovy, honors the legendary choreographer Isadora Duncan’s dances, aesthetics, and techniques, which were created in the early 20th century – the very same era in which the Guggenheim Estate was formed.Through presentation of the authentic Duncan works as passed on by Jucovy’s second-generation mentors as well as the presentation of original works influenced by Duncan principles, the company keeps the legacy of Isadora Duncan strong and relevant in our current world.

The company of 16 dancers will perform a combination of Duncan’s works as well as original site-specific contemporary works in Hempstead House and outside in the Rose Garden.

“What mattered in Isadora’s Hellenic dances was not the Greek themes or the gauzy costumes, but the uninhibited vitality, the sense of glorious nakedness.”
– Lewis Mumford, Cultural Critic, 1905

This program is made possible in part with funds from the Decentralization Program, a re-grant program of the New York State Council on the Arts with the support of Governor Andrew Cuomo and the New York State Legislature and is administered by The Huntington Arts Council, Inc.